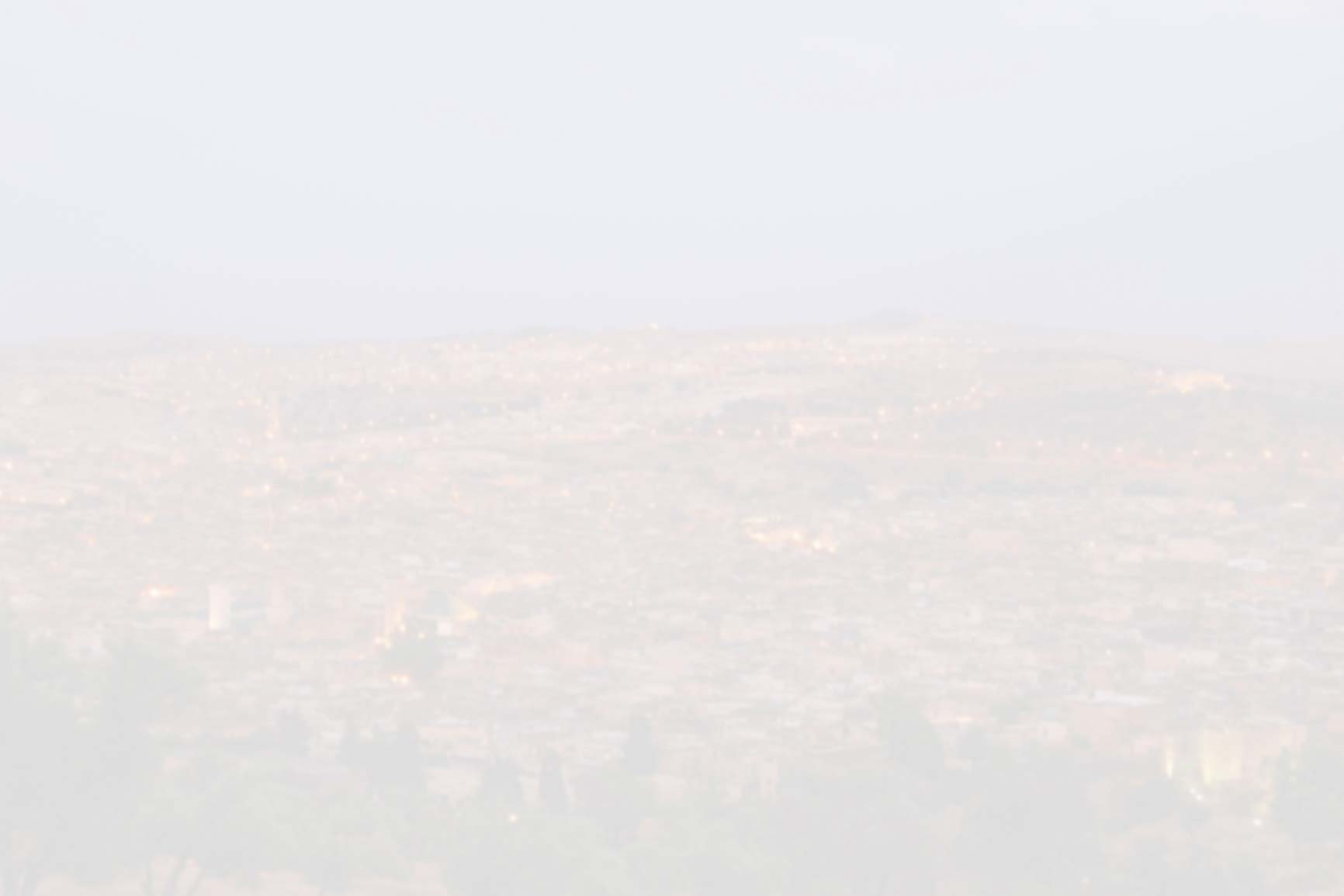 In addition to the city tour, here are some excursions from Fes. 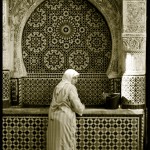 Day dedicated to the visit of the oldest imperial cities, founded around the year 808 by Idriss II. Visit the most beautiful and largest  Moroccan souks.
In the afternoon continue to visit: the Merdersas Bou Anania and Attarine, Nejjarine famous fountain, the Karaouine Mosque, the Mausoleum of Moulay Idriss, founder of the city, and the Dar Batha Museum. You can during your stay go back to places that have caught your attention. 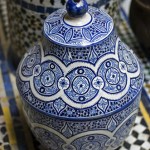 This tour will lead you around the ramparts of the old city and you will discover a part of the « new town ».
Stop at the door of the old Mellah, the former Jewish district which still houses the Jewish cemetery  and two perfectly maintened synaguogues . Stop at the gates of the Royal Palace combining majesty and delicacy. Continuation of this circuit by the main avenue of Fes el Jadid with its beautiful balconies reminiscent of Andalusia and then from bab to bab ( gate to gate) in to the potters’ quarter in Ain Nokbi to discover the art of the famous Fassi pottery throughout  Morocco 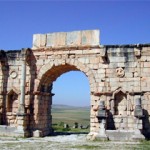 Departure after breakfast to visit Volubilis Roman ruins, continuation to Moulay Idriss village, where is the  Moulay Idriss mausoleum , founder of the first dynasty Idrisside who created the city of Fez.
Then , Meknes: Visit this imperial city founded by the king Moulay Ismail at the end of the fourteenth century, whose  gigantic building across Morocco sparked a huge echo that came to Europe at the Court of France to the king Louis XIV. City tour with the discovery of it’s remains and impressive monuments such as the famous gate Bab el Mansour , the Bab el Khemis, , the belt ramparts, the hudge granary, the Lehdim place …

The spa resort of Moulay Yacoub, surrounded by nature in the midst of hills, 22 km northwest of the city, is famous for its natural hot sulfur water for many therapeutic and soothing properties. High concentration of dissolved salts, mainly sodium, calcium and magnesium, this thermal water meets a unique classification in the world. It helps to relieve rheumatism, diseases of the nose and throat, skin diseases and gynecological problems. The spa product is complemented by cosmetic and wellness massages with essential oils and treatments using natural products for the body and face. Opportunity to combine golf and hydrotherapy the same day.

Sefrou is lies at the foot of the Middle Atlas 22 km south of Fez (20 minutes from Fès-Sais Airport). It is crossed by Oued Aggay (Berber « cheeks ») that takes the name of Oued Lihoudi after the Mellah  . Sefrou is famous for its waterfall, patron saint Sidi Ali Bousserghine, the Cherry Festival in June, its tolerance, its cultural heritage and natural beauty of its surroundings.
Sefrou is rich in its cultural and symbolic nature . Visitors are invited to see:
• The Old Medina is full of places to visit with its ramparts, forts ( borjs ) and its historic gates, Jewish homes decorated with wooden balconies , its zaouïas , mosques , bridges and caravanserais .
•  Bab Lamqam artisanal complex   : production and exhibition of various items of local crafts
• kaf El Moumen ( from the Arabic  » the cave of the believer « ) is a natural cavity drilled in the side of Jbel Bina, located at the entrance of the city. The cave, surrounded by many legends , is revered by Jews and Muslims
• The Cascade is located on Oued Aggay . It is a place of freshness with its rich and abundant vegetation.
• The Mausoleum of Sidi Ali Bousserghine : The patron saint of Sefrou , a descendant of Moulay Idriss, knows a crowd for its healing virtues of neurological disorders. The esplanade of the shrine offers a panoramic view over the city.

Bhalil, 4km from Sefrou, is famous for its troglodyte heritage, picturesque nature, the uniqueness of its people, their dialect, accent or complexion, and wearing Tarf (white cloth) by women.
This small village is known also by its many sources including Ain Kebir, and many Dchouras (ancient human settlements), like Dchar Chkounda (deformation Secunda, a Roman legion), now archaeological sites and Dchar Kalat Mimat overlooking Fez and the plain of Sais.

The Middle Atlas
We arrive to Ifrane, crossing the town of Immouzer Kandar very  busy in summer for its temperate climate . Then we make a tour of te surprising lake of Dayet Aoua where wa can meet many birds  living here.

• Imouzzer Kandar • Imouzzer Kandar is a  summering center  at30 km from Fes 24 on the  main road that leads from Fez to Marrakech.  It’s freshness (at 1340m altitude) attracts many visitors in summer.
The city is attractive by its typical urban landscape, like the source of Ain ​​Sultan, the Alla Ou Ichou cascades ,it’s  forest and mountains, including Jbel Kandar  and Jbel Abbad (1767 m). Take time to visit his kasbah and its weekly market on Monday..

perched at an altitude of 1650m, we are surprised by the unusual aspect of this city. With its sloping roofs, fireplaces topped with huge stork nests, its massive abundance of flowers, its chestnut trees, the city looks like a small corner of Europe. The road continues to the ski resorts Michlifen and Jebel Habri. 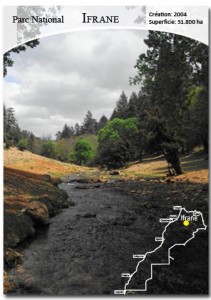 l Park is located in the Middle Atlas 60 km south of Fez and extends over an area of ​​51,800 hectares between 1300 and 2440 m altitude. It is the water tower of Morocco with large water reserves. The park has beautiful forests (especially oaks and cedars ) and this is a major area of ​​pastoralisation extensive . The park flora of over 1000 species of which about 250 endemic species and a rich fauna . The iconic animal of the park is the Barbary macaque ( macaque ) , but the park with its many lakes is an important refuge for wintering and migratory birds in the long term , it has a rich avifauna of more than 200 species including species rare . The national park offers great hiking opportunities in diverse terrain : cedar forests , plateaus , lakes, waterfalls … In winter the park becomes a breeding ground for the practice of ski fond.Un museum dedicated to Ifrane National Park (House of the National Park ) opened in Azrou .

•Azrou, •  We  stop at the foot of Cedar Goureau, one of the biggest cedar tree in the word. Here you can see sometimes some of Barbary apes that live in this forest. Short visit to  Azrou dominated by a huge rock (Azrou in Berber) We will make a stop at the cooperative  to enjoy the work of craftsmen whose raw material is cedar. Back to Fez in the late afternoon after a lunch en route.
This tour can last half a day. We suggest to  couple it with the visit of Sefrou. Then use the whole day.

Other possibilities  :
•Parc national de Tazerka / http://www.tazekka.com/
• El Menzel is located 30km east of Sefrou on the road to Taffert and the  Bouiblane mountain . It is an ancient human settlement
• The lakes :